After a recent talk I gave on the emerging role of women in leadership, I was asked a seemingly simple question. Given all the focus on the modern woman in leadership, where does that leave men? What is a modern man?

To answer I think there are actually two questions that need addressing: What is a modern man and what should a modern man be (if he is actively and consciously building his best self)?

Let’s start with what the general modern man is.

A modern man is mostly, I’d argue, confused about what he needs to be.

Let me make my biases clear.

My background is in evolutionary biology, so I look to understand behaviors as mechanisms of survival and reproduction. I know we all like to think that we are highly civilized, conscious beings but the reality is that for most of us, our daily thought patterns are little more than, “can I procreate with that?”, or “is that person a threat?” We operate on the subconscious stories,  built over millions of years, that allow us to best survive and reproduce. With that in mind, men have a rich and long history of being protectors, fighters, and status seekers.

Throughout all of our evolutionary history, men would compete directly with other men to achieve status in their community. Those that were better hunters were favored by women, who, as the sexually choosy gender, would select as a mate, only those males who could provide for and protect. This meant that there was drastic reproductive variability in every community.  A few men could obtain the majority of mates while the majority of men would have little or no reproductive success. This is where one might start to see what we today would refer to as violent sexual crimes (rape/assault) etc. emerge from the frustrations of those not chosen.  Males, being the physically dominant gender, could exert control over women even when they weren’t “chosen.”

Even when women were active in their selection of a mate, they still retained little control given that their mate dominated resources (food, etc.).   The inability to control basic survival necessities established women in a subservient role throughout most of our evolutionary history. We were expected to protect our offspring but little more. Our vulnerability was our physical inability to dominate, and from this, we honed a different set of skills centered around communication, empathy, relationships and a keen ability to read others (skills that were necessary for our own survival).

Fast forward now to an environment in which nearly 8 billion humans are connected. We’ve had massive advancements in technology, and men and women have gained a more equal footing through laws which guarantee us equal rights and protection (in at least part of the world).

Biologically, however, we are still more or less living with stone aged brains. So what does this mean for the modern man?

First, the field for comparison and competition has been blown open – along with access to mates. In ancestral times, communities were small so there was a relatively small pool from which to be compared. All you had to do was be relatively better than the next guy around any given locale. With such a limited pool of ~15 or so other men, understanding your relative rank and position in life was simple.

We still see men fighting to impress females with their ability to provide in the forms of fierce competition for resources (now of course in the form of jobs/money rather than meat). One can clearly see this in the differential selection of job between the genders. Males occupy, by huge margins, the most dangerous/risky positions with higher payouts. A report from the 2017 U.S. Bureau of Statistics found that the on-site job fatality rate for men was about 10 times that of women. A male’s willingness to take risks demonstrates to potential suitors that he is willing to challenge social hierarchy in order to provide. But as females have continued to step deeper into the job market and (literally from an evolutionary perspective), bring home their own bacon, where does that leave men? First and foremost it can potentially lead them to feel desperate -like their very identity and usefulness has been stripped. And when any of us, independent of gender, feels threatened, it’s easy to become defensive and aggressive. 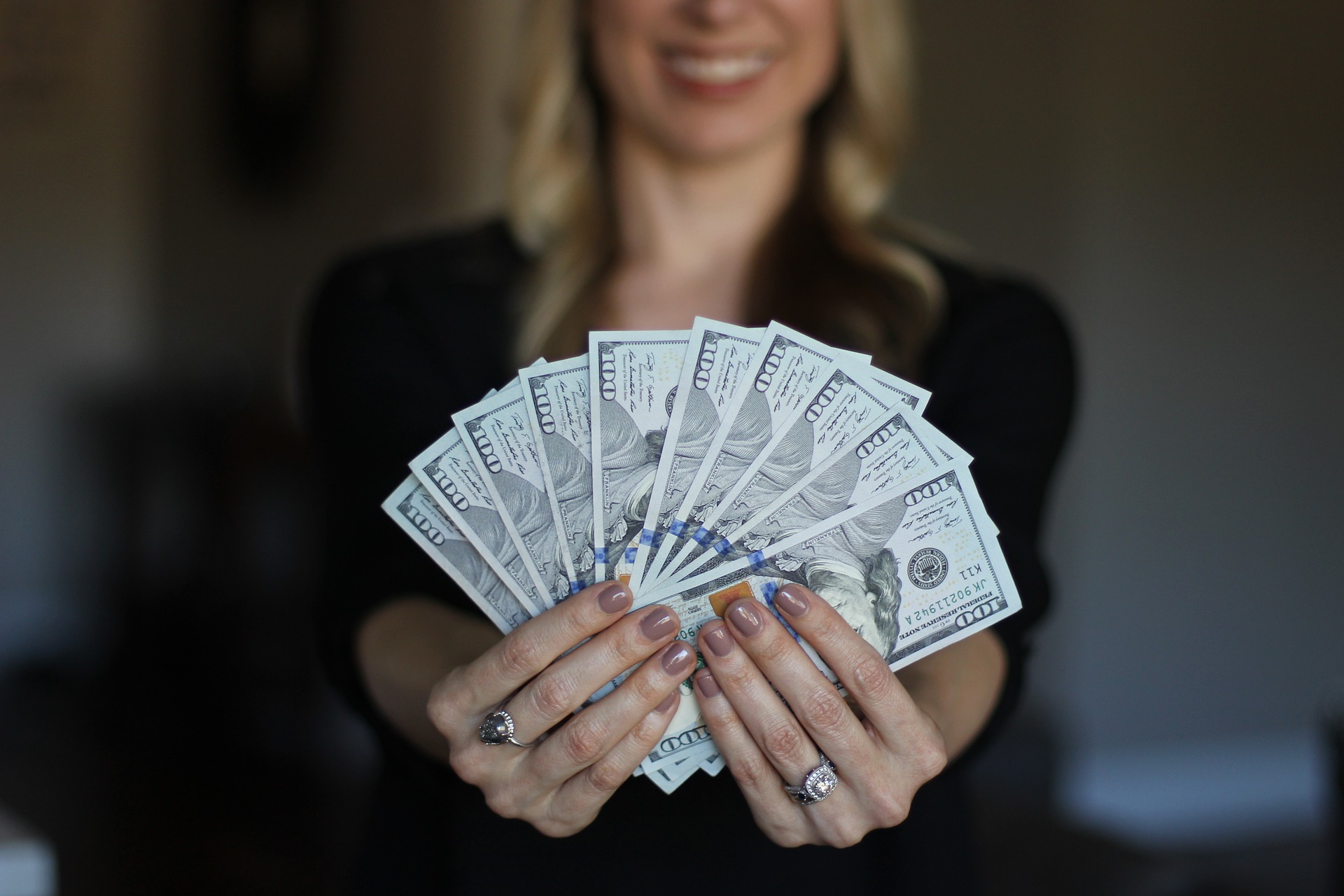 More women are financially independent from men than ever before. Source: sallyjermain / Pixabay

But those who are willing to consciously explore themselves at a deeper level will recognize a new opportunity.  There is a new story that deserves telling, one that recognizes that men are more than competitive pieces of meat. Women’s mate selection criteria have changed along with our changing our social structure.

With the drastic shift in our environment, so too must the brains of men and women make a conscious shift to celebrate the many complexities that the genders bring.

So what should the evolved modern man be?

I think the modern man can be whatever he so chooses. The opportunity to attract females with more than just muscles and meat should be a freeing moment, not a threatening one. Vulnerability has long been seen as the opposite of courage, but as Brené Brown so clearly outlines with her brilliant work, vulnerability and courage define one another. You cannot be brave and courageous without being vulnerable and vulnerability for men comes in a lot more forms today than risky jobs. It comes in the willingness to step back from the hunter mentality dominated by competition and aggression. It comes by way of exploring and developing skills that have in previous times been associated with weakness – empathy, listening, actively participating in home life – skills that each of us as humans possess and yet ones that have been relegated for too long to one gender or the other. 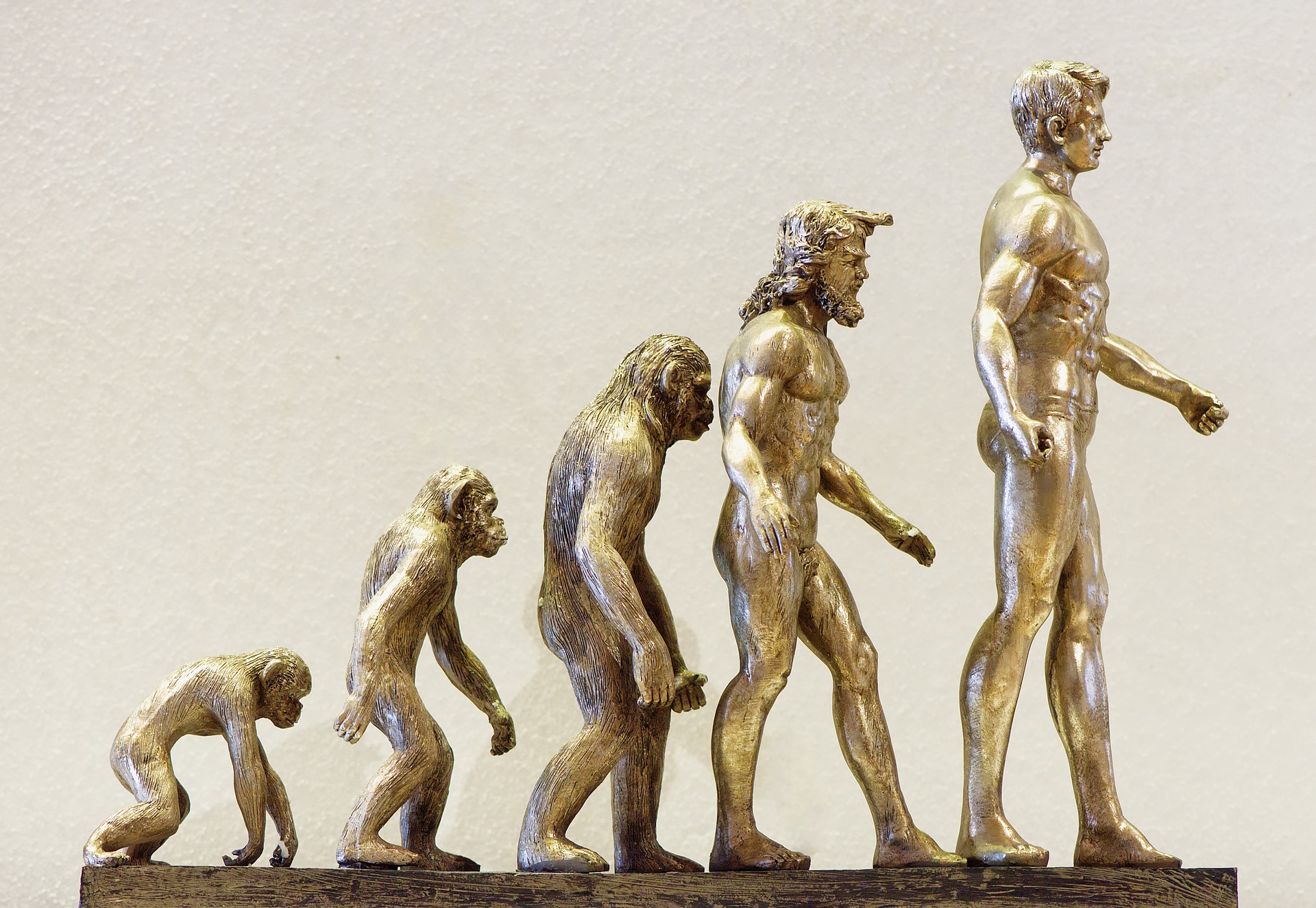 The modern man has the conscious ability to write his own story. Source: Alexas_Fotos /  Pixabay

The modern man can be whomever he wants to be. He has the choice to become more than a unidimensional caricature of what a man is “supposed” to be. When men consciously explore themselves they will be able to choose the story they want to tell – whatever that story is. There is nothing inherently wrong about any path – aggressive competitor is just as powerful a story as an empathetic homemaker and nothing stops the modern man from being both. He will recognize that the only people that will judge him for any path that he consciously walks are those still stuck in their unidimensional subconscious stories.

The only thing holding back the modern man from moving from where he is to where he should be? His willingness to be brave enough to consciously explore all his gifts and walk proudly in the evolved state of his choosing.