As we turn our attention to the holiday season ripe with office Christmas parties I want to make a suggestion. It’s not the typical “stay out of the spiked eggnog before you get too drunk and make a scene” advice. No, I encourage that (when done safely of course).

Go ahead. Get your party on!

I’ll warm up with the idea of “Christmas” parties to begin with. This is a perfect example of how diversity in workplace does not necessarily equate to inclusion. Holding a Christmas party and assuming everyone will feel welcome to celebrate the “cheer” is like inviting a vegetarian to a BBQ.  It may feel harmless to those majority that celebrate the holiday but these are the kind of micro-aggressions that create real divides (or at the very least some significant indigestion).

Even as a vegetarian, I have to say….that looks miggggghhhhtty good.

But if you insist that Christmas is a holiday that must be celebrated in name, (as opposed to say, a winter gathering), then go ahead and put your money where your mouth is and put “Christ back into Christmas.” I’m not saying you should only sing hymns. Go ahead and have a good time, with the usual Christmas festivities of singing, eating, drinking and being merry, but let’s at least get the representation of Christ correct.

Let’s be honest. Not a single one of these snowy white, Europeanized versions of the Savior is an accurate portrayal. 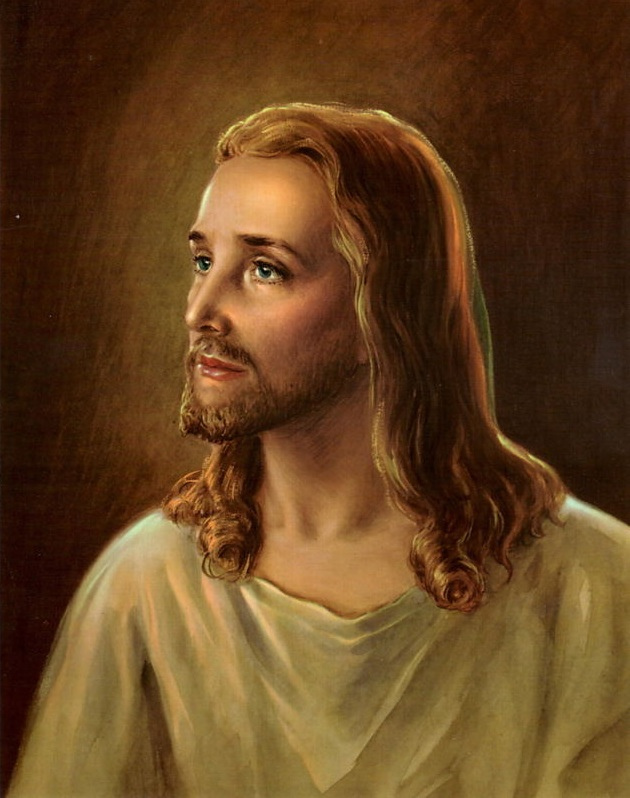 Blue eyes? Really? Was Jesus not born in Bethlehem? Smack dab in the Middle East?

Frankly, it feels rather blasphemous. Imagine if we did this to other important icons – a painting of Martin Luther King, Jr. portrayed as a white man, for example. Or President Trump with a Hispanic look.

There would be justifiable outrage. And yet no one seems to bat an eyelash at our gross visual misinterpretation of one of the most influential people in history.

Let’s take a closer look at what Jesus would have actually looked like. In this article, the BBC did a thorough job at reviewing Jesus’s look, head to toe, but I was most struck by the mention of a recent reconstruction done by forensic anthropologist Richard Neave.  According to this article from Popular Mechanics, Jesus’s features were painstakingly reconstructed for accuracy to be typical of Galilean Semites of his era.

At a time when our fears around terrorism coming from the middle east are reaching a fever pitch, perhaps it’s time to paint a more accurate version of the savior so many Americans worship. Turns out, that the real version, a brown, middle eastern refugee, probably looked an awful lot like the same people we so fear.

Moving into the traditional American holidays, independent of your religious affiliation,  let’s try to keep this reminder close to our hearts and extend the same warmth, kindness and love to all of our neighbors, that Christians would extend to their brown refugee Savior.

Merry everything and enjoy the season of eggnog!